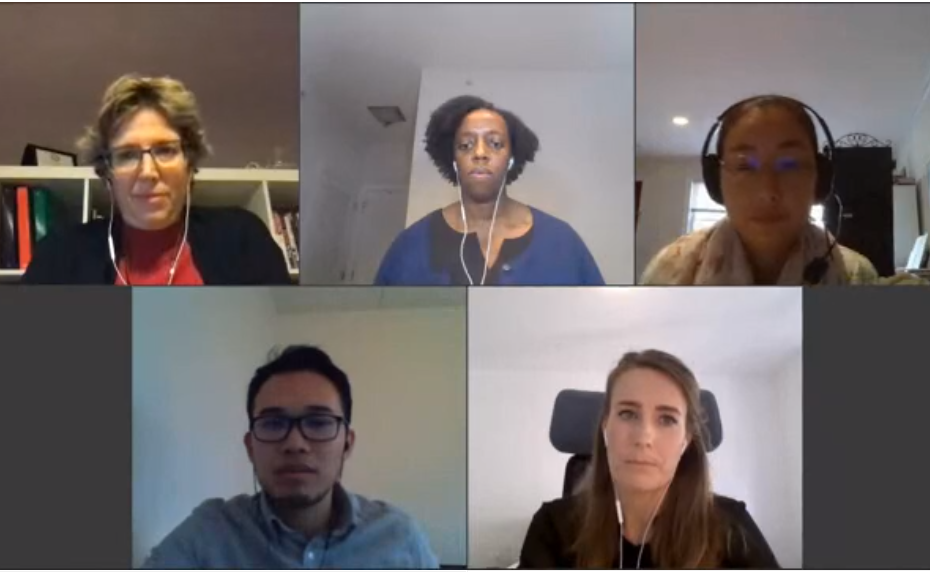 Members of the Coalition Against Stalkerware hosted an online event together with the United Nations Office on Drugs and Crime (UNODC) and United Nations Women on October 6. During the event, panelists discussed how stalkerware, a form of tech-enabled abuse, can act as a tool for intimate partner violence and different forms of cybercrime. Experts reviewed these issues from multiple angles: the technical aspect of what stalkerware is and how it can be detected, how abusers can misuse technology to perpetrate domestic abuse and intimate partner violence, and the psychological trauma that tech-enabled abuse can cause survivors.

Live Brenna, a Cybercrime Policy Officer with UNODC, began the event by citing a Coalition Against Stalkerware statistic that in 2019, there was a more than 50 percent increase in stalkerware installations. Live noted that stalkerware and other forms of tech-enabled abuse are global issues that predominantly affect women and children. “Technology has great benefits, but there is a negative side. Sometimes, technology is misused,” said Live. She noted that common technological functionalities like sharing locations can be helpful when meeting up with friends, but in the hands of a jealous partner or a controlling boss, it can be uncomfortable at best, and at worst, can lead to physical harm. “Living in an ever-digital reality creates immense opportunities and positive developments, but yet, with opportunities, comes risks. Risks of technology being misused,” Live commented. Live acknowledged that while we cannot eliminate all risks, including those related to tech misuse and abuse, we can mitigate them by being aware that they exist.

Anthony Melgarejo, F-Secure’s Threat Prevention Service owner, shed light on the technical aspects of stalkerware. In his presentation, he explained what stalkerware is, how it works, and how this type of surveillance software can act as a tool for intimate partner violence and different forms of cybercrime. Anthony stated that tech companies should consider this problem more seriously and that they should generate awareness on the topic.

“Tech companies should write articles about stalkerware that they found and analyzed. They could also participate in conversations on social media, podcasts or webinars like this one. In that way people who are not aware of the negative impacts will be discouraged to spy on other people, potential victims will be more conscious with their devices and, finally, people who need help will know how to get out of this situation.”

Tara Hairston, Head of Government Relations and Public Affairs for North America at Kaspersky, encouraged IT security companies and researchers to take a survivor-centric approach to tech-enabled abuse, not only looking at it from a technical perspective. She explained that stalkerware is primarily an abuse and crime issue that thrives on the interpersonal power and control dynamics in a domestic abuse or intimate partner violence context. “Providing advice on cyber hygiene, like strong passwords or factory resetting a suspect device, is not sufficient,” Tara said. She also asked a number of questions for the audience to consider, including “What happens when the installer/operator of this type of surveillance software lives with you and can threaten harm if you do not provide access to your devices? How does one navigate taking certain security precautions to limit an abuser’s access to their devices when those steps can escalate the abuse precisely because that access is limited?”

The question of how to respond when you suspect or find stalkerware is present on your device was tackled by Sachiko Hasumi, Manager, Information Security & Compliance at UN Women. Sachiko discussed response at both the individual and collective levels. At the individual level, she recommended that a person remain calm when suspecting or realizing that stalkerware is on their device, which she acknowledged may sound counterintuitive, and to seek trustful support such as that from local authorities, non-profit groups, and non-governmental organizations. “When you delete this app, it could alarm the stalker. We cannot predict how the abuser react. On the other hand, the predator knows exactly what the victim is doing. This may lead to unexpected situation. The stalker might get very angry, hide and wait till a chance to reattack comes, and/or remove all traces which requires for later investigation. Premature, irrational action can make the situation worse. We need response wisely, strategically and timely,” Sachiko explained. Sachiko further described best practices for removing stalkerware, as well as ongoing collective responses to tech-enabled abuse, efforts in which UN Women is also participating.  She concluded by stating, that “all of us should join the movement against stalkerware and response collectively.”

Alessandra Pauncz, Executive Director of the European Network for the Work with Perpetrators of Domestic Violence, was strong in her condemnation of stalkerware and other tech-enabled abuse tools.

“We need to stop this. And we need to take these deadly weapons out of perpetrators’ hands. We need to start seeing stalkerware as a weapon and remove it!”

She shared her experience working with survivors and perpetrators of intimate partner violence and called on everyone to take concrete action. One key suggestion she offered was that training on stalkerware and other forms of tech-enabled abuse for service providers/charities, education professionals, law enforcement, prosecutors, judges, media, technology companies, etc. should focus on the psychological trauma a survivor experiences when these technologies are misused and abused. Alessandra noted that the normalization of violence against women and online abuse, as well as the market availability of stalkerware and other tech-enabled abuse tools, contribute to the pervasiveness of these issues.

The replay of the October 6 online event can be found here: https://www.brighttalk.com/webcast/15591/440494. The Coalition Against Stalkerware remains grateful for the opportunity to partner with UNODC and UN Women on this important topic. We hope to continue to engage any and all individuals and organizations that seek to combat stalkerware and other forms of tech-enabled abuse.